This article/blog post by Dr Sue King-Smith, 2016, all rights reserved

Last week, I went to a fascinating book launch. It was at a local library and the turnout was huge – over two hundred people trundled through the door. Usually local book launches would be lucky to see twenty bums-on-seats (most of them family members). So what was it about this book that had enticed so many people away from their warm wood fires on such a cold and blustery night?

The book, by Lynne Kelly, is The Memory Code. As the name suggests, it is about memory systems, but this is not some self help book telling you to use mind-maps and do more Sudoku. The ideas in this book challenge our whole understanding of how memory works.

Unless, of course, you are an Australian Aboriginal person. Then it is old news!

Kelly started her launch by putting up images on the screen of field guides for Australian animals, insects and plants. These guides contain thousands of species, she explained. And like the Pueblo of North America and the peoples of the British Neolithic, who also had oral cultures, Aboriginal Australians kept all of that knowledge in their heads.

Then she put up images of law textbooks, religious texts, history texts and atlases.

There was a notable hum in the room as she put image after image on the screen. For me, as a person from a culture that stores most knowledge in a written form, it is almost inconceivable that people could hold thousands of years of knowledge on such diverse topics in their minds; knowledge that has, by necessity, changed and adapted to new circumstances (whilst  maintaining its integrity) over millennia.

Kelly’s book challenges the belief that modern peoples are more ‘learned’ and knowledgeable, more ‘advanced’, than non literate peoples. In fact, in one fell swoop, she turns that concept on its head.

So, how is it possible that Aboriginal people are able to keep so much knowledge in their minds? I really wanted to know as my memory is pretty ordinary!

After talking to many Aboriginal Australians, who generously shared their knowledge with her, Kelly came to the conclusion that their Songlines are, in part at least, methods for embedding and storing vital practical knowledge. The embedding process involves singing and sometimes dancing knowledge into an embodied memory – i.e. in the body of the singer/dancer/observer – and in loci, within the landscape. Often, this knowledge is sung as people move through a landscape so it becomes associated and connected to significant features in the land. The knowledge becomes layered into cultural memory over centuries of people walking the land.

In Australia, we have the incredible privilege of living alongside people who are part of the longest living continuous culture in the world. The Aboriginal peoples of Australia have been here for an estimated 40,000 plus years. They have seen inland seas come and go, have witnessed long periods of drought in a harsh landscape and have survived the British invasion. And all without written knowledge systems to draw on. In order to do that, they needed complex and detailed informational systems; systems that could be transported with them.

Kelly describes how, in order to ensure that certain knowledge maintains its integrity over time (she notes that corrupted knowledge can be potentially fatal), it is entrusted only to those who have the capacity to hold the knowledge accurately, i.e. those who are initiated.

At the centre of these systems are a highly effective set of mnemonic techniques that allow people to remember vast swaths of information. In fact, I have attempted to use these techniques myself and have been surprised at how effective and easy they are to use. I have ‘embedded’ in my personal landscape all the countries and capitals of the world (all 400 of them, give or take) and I find I can retrieve them with ease,  as (at Kelly’s suggestion) I’ve attached vivid stories to each name. It feels very different to the rote learning I did a school which (1) seemed like hard work, and (2) took a very long time and lots of repetitions, to remember even the most basic lists of things.

This way of embedding, storing and retrieving knowledge is far more comprehensive than just hearing or reading about it. It i s also far more creative and ‘embodied’ than modern western methods of learning.

Imagine, for example, you need to hunt kangaroos for survival. Hearing a story (or in the case of literate societies, reading a story) will give you one layer of understanding. But to truly understand, you need to understand the kangaroo’s behavior, its gestures and body language and the sounds it makes when it is aware of your presence or when there is another danger present. Also, where it feeds and when it sleeps. One of the most powerful ways to understand the consciousness of another living entity (as any actor will tell you) is to become that entity. Walk in its shoes, so to speak. So you move as it would move, speak as it speaks, adopt its physiology. Dance, music and song are powerful tools to do just this.

So what has all this got to do with Stonehenge – after all the front cover of Kelly’s book displays an image of this most famous of European Neolithic monument?

After studying the memory and knowledge systems of Australian Aboriginal peoples as well as that of other oral cultures around the world, Kelly, by chance, visited Stonehenge.

Whilst walking around the site, Kelly noted it had similar characteristics to a range of archaeological sites found in oral societies, particularly those who were transitioning from a nomadic to a settled agricultural stage of economic organisation. Lynne asked herself: how did the Neolithic Britons store and remember their ancient knowledge of plants and animals, their stories and songs, once they were no longer routinely walking the land? She theorised that the huge stone circles at Stonehenge, Avebury and elsewhere functioned to remind people of sacred and important places, as well as to store crucial knowledge, found further afield in the British Isles.

So, in effect, what she is telling us is that Stonehenge is actually an early prototype for the British National library (I love this idea). 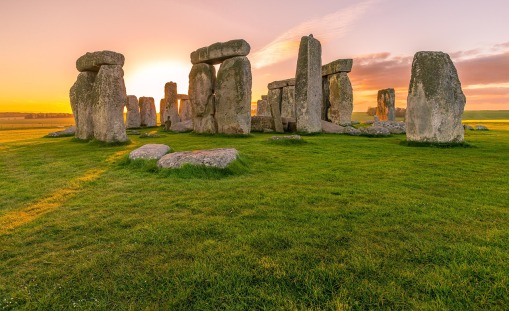 After many years of discussions with some of the most notable archaeologists in the field, trying to disprove her theory (as she couldn’t quite believe that she had stumbled on to a new understanding of this much studied site), she felt confident that she was on to something. She then completed a PhD on the subject, had an academic text published by Cambridge University Press, and then published The Memory Code.

Given that last week was NAIDOC Week in Australia (NAIDOC Week is a time to celebrate the diversity, history, culture and achievements of Aboriginal peoples), The Memory Code is a timely reminder that Indigenous peoples the world over are highly intelligent and resourceful and have thrived for thousands of years using orally transmitted knowledge systems.

Kelly’s book made me think differently about a number of things. Given the buzz after the launch and the fact that The Memory Code sold out in under a week through Amazon and The Book Depository, it will likely make many readers see the world through different eyes.

I also think there are some real lessons here about the function of creativity.

The uses or functions of what we might call ‘creative activities’, i.e. story creation, dance, song, music, art and design, in Indigenous cultures are very different to the functions of creativity in modern western societies.

In Aboriginal cultures, dance, story, art, design and song aren’t about individualism, or ego, or coming up with the next big idea. And they aren’t just a form of entertainment – an aesthetically pleasing ‘extra’ that people consume after a hard day at work. Rather, they are fully integrated into cultural life and are of vital importance. Creative practices are fundamental to survival and learning, celebration and adaptation—they assist in passing on the knowledge of the ancestors that once walked the land. Creativity, in this world view, is fundamentally spiritual and practical in nature.

This view of creativity is also ‘inter-relational’. It is embodied and interconnected. It functions to build the relationship between human beings and the natural world. Every landscape is animated with stories, every animal is a song, and the land is perceived as an extension of the self and the tribe.

In many ways, I think that contemporary notions of creativity feel very impoverished by comparison. I suspect we have a lot to learn from Indigenous expressions of ‘creativity ’. We may even uncover an antidote to our modern epidemics of disenchantment and alienation by learning from Indigenous perspectives on creativity. Something worth considering.

What do you think? I would love to hear your thoughts.

The Memory Code is published by Allen and Unwin and is available from all good booksellers.

This site uses Akismet to reduce spam. Learn how your comment data is processed. 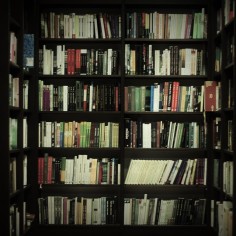 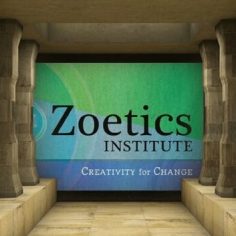 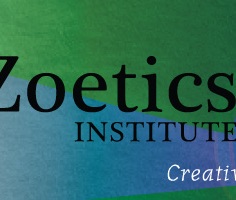 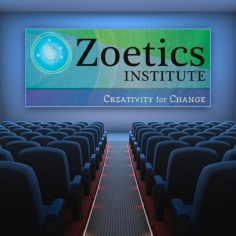 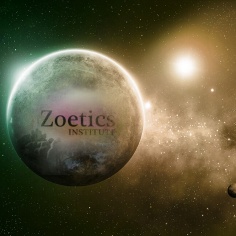 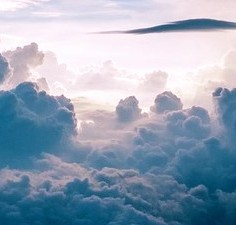 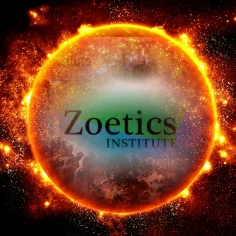 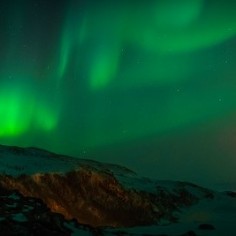 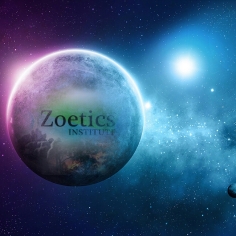 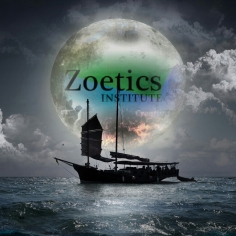 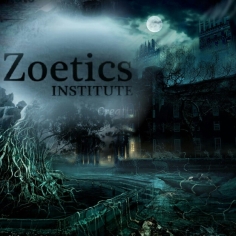 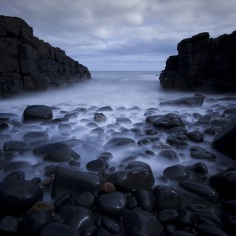 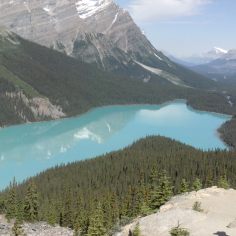